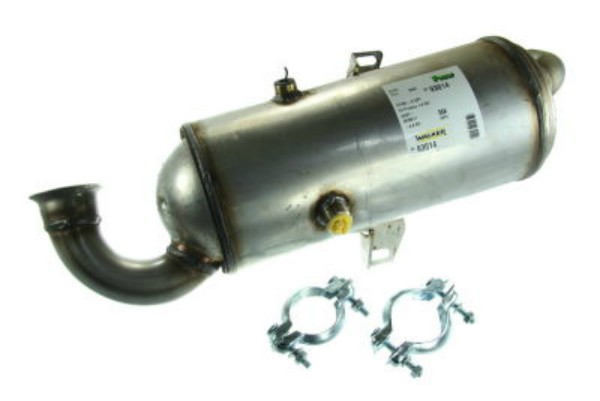 If you have a diesel-powered car, one of the things you should know about is none other than the DPF filter and how it works.

The diesel particulate filter plays a critical role when it comes to the overall function of diesel-fueled vehicles. When you fail to maintain the filters, your vehicle might end up dealing with some expensive and significant consequences.

Here are some of the basic pieces of information you should know about diesel particulate filters:

What are Diesel Particulate Filters?

If you are exposed to the diesel world, chances are wondering what a DPF is.

A DPF or diesel particular filter is a type of exhaust after-treatment device. This can trap particular matter like ash and soot. A DPF usually uses ha substrate that is made from ceramic material formed to a structure like that of a honeycomb.

To lower the emissions of diesel vehicles, a diesel particular filter captures and stores exhaust soot that should be burned off every now and then for the filter to be regenerated. The process of regeneration burns off the excess soot that gets deposited into the filter and prevents dangerous exhaust emission a well as the black smoke that is usually seen emitted every time a diesel vehicle accelerates.

Today’s engine manufacturers are using a DPF filter for trapping particular matter to adhere to the EPA 2007 emission.

Symptoms of a Blocked DPF

There are times when a block diesel particulate filter is the result of short trips at low speeds. A vehicle that operates at low speeds during short trips cannot meet requirements so that the filter can clean itself.

A DPF filter may also fail because of poor servicing. A diesel particulate filter’s lifespan can vary according to the application. DPFs might also fail sooner when they are maintained poorly. In additional, filter blockage might also be the result of performance modifications, incorrect type of oil, use of low quality fuel or frequently running the vehicle on low level of fuel.

How will you be able to tell that that you have a blocked filter? Usually, if the filter gets clogged or the system experiences an error, there will be an orange light on the dashboard. The light can vary according to the manufacturer. Once it lights up, it means that you might have a blocked DPF filter and you need regeneration soon.

In the same way that there is a need to filter two primary particulates, there are also two kinds of required cleanings. Regeneration can clean the soot out through the conversion of carbon into carbon dioxide. On the other hand, the ash gets remove through detaching the filter then cleaning it with the use of a machine that has compressed air.

The secret to maintain a DPF filter is to make sure that it can regenerate itself once soot fills it up and triggers the warning light. Active and passive are the two kinds of regeneration that you can use.

The Risks of a Fuel Pump Going Out

The fuel feed pump in your car does exactly what the name suggests. This is responsible for pumping fuel to the engine from the gas tank. Due to the critical role that the fuel supply pump plays for your car to move forward, this is one part of your car that you should be familiar.