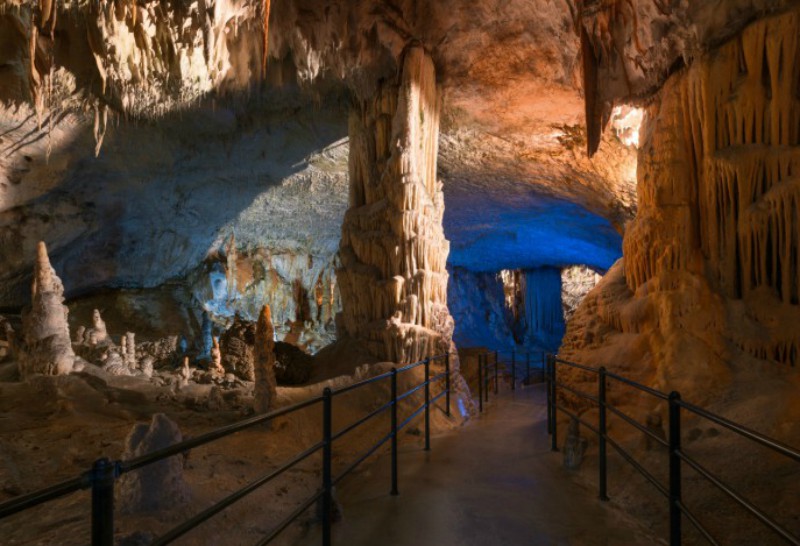 Postojna cave is one of the most beautiful caves in the world. It is the most visited Slovenian attraction and it is really something special. With its grand size, and mesmerising underground halls, it is also called the queen of caves. Part of this remarkable system of chambers and halls can be visited by a small cave train. And after a short ride, you can continue exploring on foot. The Postojna cave is one of the rare caves that is entirely accessible for people with disabilities.

It can be visited by people on wheelchairs as the whole path is arranged so that there are no steps to climb. This means that is it also suitable for small children, as well as the elderly. There are no limits in the Postojna cave.

It is not just a cave visit

Visiting Postojna cave does not just mean seeing a cave and its amazing stalagmites and stalactites. Part of the cave was used as underground ammunition storage during WWII, you can also admire some 200 years old graffiti of the first visitors to the cave, and you can see some fossils and skeletons of ancient animals that used to rule the cave.

In search of a dragon

Around 100 different animals live in the Postojna cave today. Proteus anguinus or human fish is the most famous among them. It is a small animal that can only be found in some of the caves of Slovenian and Croatian Karst caves. Their life cycle is still a mystery to us, but there has been an amazing discovery last year. You can be part of it too, if you hurry. Namely, you can see some small dragons, as the Postojna cave’s dragons can show you their babies now.

And why not visit the Predjama castle on the same day? This is a glorious castle nearby Postojna cave, which was an inspiration to several stories and films. This way, you will spend an amazing day sightseeing this part of Slovenia.