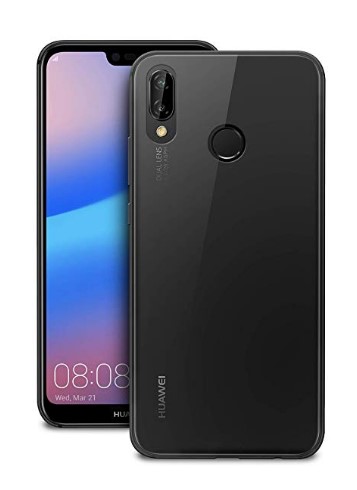 As you can guess from its name, Huawei P20 Lite is like the small brother of the flagship devices under the P20 series of Huawei brand.

Inside the box, you will find the essentials, including the charging adaptor, Type-C data transfer and charging cable, user manuals, SIM tray tool, and headphones. So, what can you expect from this device? Will it be worth your money?

The P20 Lite features a notch just like P20 and P20 Pro. It might be a hit or a miss for you, depending on what you feel about this trend. However, to cater the different demands and preferences of users, Huawei made sure that you can hide this notch in case you are not a big fan of it. But, expect that it will still remain a bit visible even when hidden because of the LCD display that doesn’t reproduce black colors unlike AMOLED. The P20 Lite features a 1080×2280 display with 432 ppi so you can expect that things are crystal clear.

Unlike P20 and P20 Pro packed with Kirin 970 chipset, Huawei P20 Lite is fitted with Kirin 659, a relatively weaker chipset that is on similar levels as Snapdragon 625. As you navigate through the menu, the general speed and screen transitions during use can be considered as totally satisfactory. However, you will notice that there are times when the device requires more time to run apps. But, it doesn’t really come as a surprise. After all, this is only a Lite device that belongs to the mid-range and shouldn’t be compared to flagship devices.

P20 Lite has 4GB of RAM which is enough for storing most apps when multitasking. This is combined with an internal storage memory of 64GB. However, if you think that the storage memory is not enough, you can expand the device storage up to 256GB using a microSD card in the hybrid SIM card slot.

Huawei P20 Lite scored an Antutu benchmark of 88516 points, a better result compared to other devices with the similar chipset.

The front-facing camera of the device has a face unlock system and a trustworthy fingerprint scanner is found at the back that seamlessly fits on the device’s polished glass back.

The speaker of the device doesn’t offer the best results as it doesn’t produce very loud or very good sound.

P20 Lite runs on Android 8.0 Oreo combined with the signature Emotion UI of Huawei version 8.0 where you can get plenty of customization options for the feel and look of your device.

Huawei P20 Lite sets itself apart from other P20 devices because it doesn’t feature Leica signed optics, A double camera setup can be found at the back with 16 and 2 megapixel sensor. Its second sensor is used mainly to get more background information when taking portrait pictures. The front camera of the device has a 16 MP resolution. Both cameras perform well and offer satisfactory photos.

Huawei P20 Lite is undoubtedly a desirable device that has good looks and performance that is swell worth of your money.

Every mobile phone service starts with a free diagnostic exam, to find the root of the problem and allow the technician to determine the right cell phone screen repair path. Read more …